At the heart of every property and casualty insurance contract lies a promise that if misfortune occurs, insurance will step in to soften the blow by covering outstanding claims.

But what happens when an insurance company becomes financially troubled, fails and is no longer able to uphold its end of the bargain?

That’s when the state property and casualty guaranty fund system – a system few know much about – steps in. Put simply, guaranty funds provide an essential safety net for policyholders, one that meets the needs of those least able to deal with losses should their insurance company fail.

The National Conference of Insurance Guaranty Funds (NCIGF) – a non-profit, member-funded association – provides national assistance and support to the property and casualty guaranty funds located in each of the 50 states, the District of Columbia, and the Commonwealth of Puerto Rico. 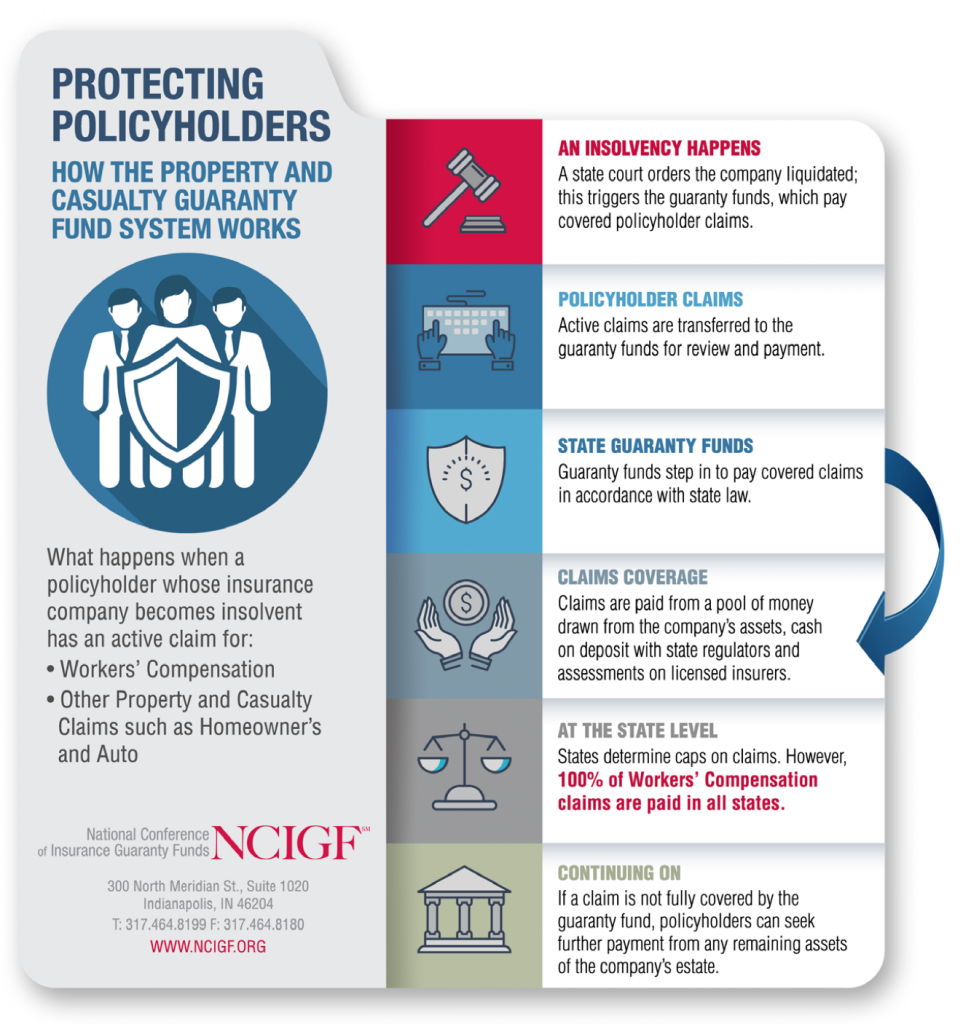 How Is The System Funded?

The property and casualty guaranty fund system is a privately funded, nonprofit state-based program. The system, which pays covered claims up to a state’s legally allowable limits, has safeguarded countless policyholders who might otherwise face financial ruin because of unpaid claims related to an insolvency. 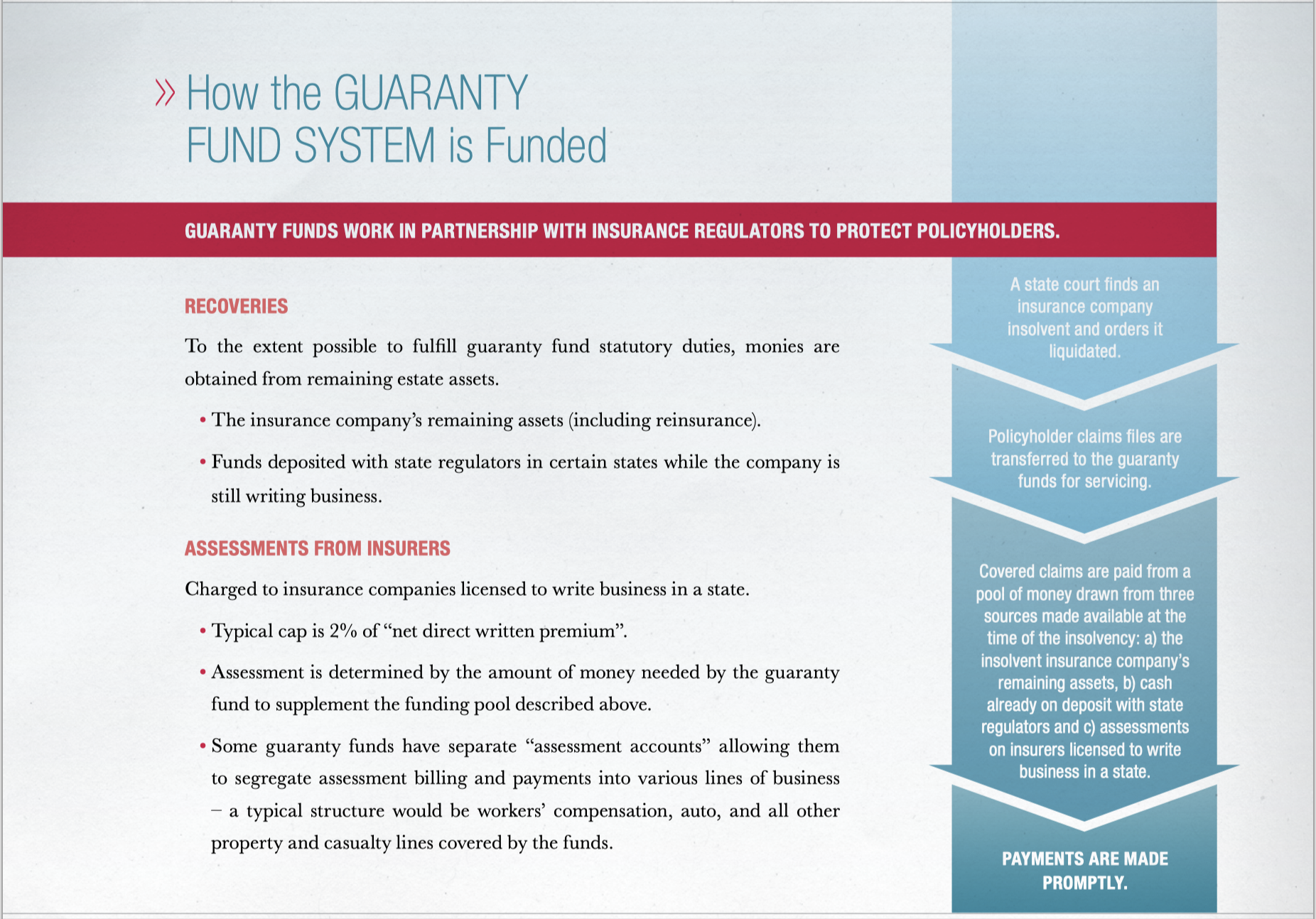 For more information about the NCIGF and the Guaranty Fund System, please see our backgrounder.